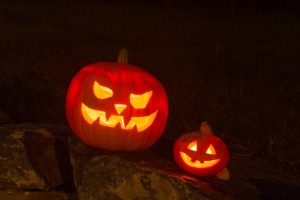 This Halloween season, get out of the house and enjoy some heart-pounding fun at one of the area's spookiest haunted attractions.

Here are a few favorites near our apartments in Cranberry, PA.

A 35-minute ride from the Pendleton, ScareHouse claims to be one of America's scariest haunted houses. For $20, you gain admission to all three parts of this attraction: Infernal, Nocturnia 3D, and Pittsburgh Zombies. For a separate ticket charge of $31, you can also access The Basement, an R-rated, 18+ area of the haunted house that pushes the limits of horror. Be prepared and consider leaving younger children at home.

This is an intense, themed haunted house based on the story of fictional serial killer Noah Hobbs and his "West Deer Massacre". Hobbs was shot and killed in 1952, but now his son of the same name is on the loose. Thirty minutes from the Pendleton and with just a $10 admission, it's as scary as it is convenient. And you can feel good about it too as part of their proceeds go to Don't Be a Monster, an anti-bullying organization

ZOMBIES OF THE CORN

Not quite a haunted house but a lighter, fun Halloween attraction, Zombies of the Corn is the closest at a mere fifteen minutes from the Pendleton. For $34.99($24.99 for children), you get to participate in their Zombie Shoot ride and a campfire complete with s'mores and spooky ghost stories. What's the Zombie Shoot? A paintball extravaganza where only you have the weapons!

Whether you're looking for a night of fun or terror, there's something for everyone near the Pendleton. Contact us for more ideas of things to do in the Cranberry area!