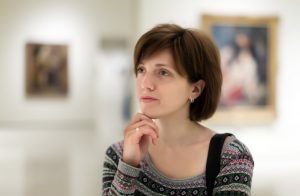 Larger than life, Andy Warhol was an enigmatic and prolific icon of American art and culture. At the forefront of the visual arts movement, Warhol expressed his creative flair through multiple mediums such as painting, photography, and film. Born and raised in Pittsburgh, Warhol left an indelible mark on the city and in turn, Pittsburgh has celebrated his life and work with the famed Andy Warhol Museum. Just a short drive from Cranberry, the Andy Warhol Museum is a great way to spend an afternoon or evening.

Located in the North Shore neighborhood, the Andy Warhol Museum is the biggest museum in the country to house works by a singular artist. Throughout the seven-floor industrial-style building, visitors can find Warhol installations and exhibits that capture the life and works of this eccentric artist. Many of his works are displayed on each floor according to the decade in which they were created and rotating exhibits can be found on the second floor. Beyond the works themselves, the Andy Warhol Museum also showcases the life of the artist through various mediums such as audiotape interviews, photographs, and books.

With over 900 paintings, 100 sculptures, and almost 10,000 pieces that include prints, photographs, films and videos, visitors to the museum can see a full array of the Warhol collection. Memorable works on display include Campbell's Soup Cans, celebrity portraits of Elvis Presley and Marilyn Monroe and films such as Empire and The Chelsea Girls.

The Andy Warhol Museum also prides itself on taking a step beyond the art to create an interactive environment for all ages to explore art and all that it has to offer. In an effort to showcase art preservation, the museum has dedicated the underground level of the building as a Conservation Lab, giving visitors a first-hand look at the process of repairing and maintaining works from the extensive collection.

Other hands-on opportunities include a screen test exhibit, allowing patrons to create their own computer-generated screen tests as well as The Factory, a Warhol-inspired studio for creating watercolor paintings, silkscreen prints and blotted-line drawings.

When you call The Pendleton home, great cultural opportunities like the Andy Warhol Museum are just a short drive away. If you would like more information and to schedule a tour, please contact us.