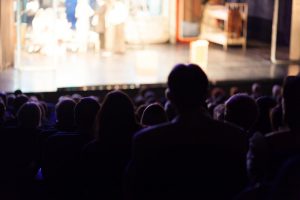 Local theaters are a fantastic source for artistic performances, sensational shows, and beloved films. The historic Strand Theater in Zelienople is just minutes away from your home in Cranberry. This summer, take a trip over to The Strand to catch some classic films, outstanding musical talent, and zany comedy shows.

In 1914, Italian immigrants Gioachino and Rosalia Sapienza opened The Strand Theater and the adjoining Sapienza's Fruit Market. The Sapienzas became an important part of the community, and the theater was a favorite stop for many citizens. The silent films and Vaudeville-style shows were exactly the kind of entertainment that the town needed.

In 1939, the theater was renovated and expanded into the fruit market space. Motion pictures were a huge hit and The Strand thrived for decades. Unfortunately, in the 1980s, the increasing popularity of multiplex giants eventually forced The Strand to close its doors.

In 2001, The Strand Initiative began as an effort to save the old theater. The non-profit group has raised enough money throughout the years to make numerous renovations to the theater. After 25 years, the doors are open and the theater offers classic films and live performances for audiences of all ages.

Recently, The Strand Theater opened a gourmet coffee shop next to the theater. Not only does this cafe offer delicious drinks for theater-goers, but it has also become a fantastic work opportunity for local students. The Strand Initiative partnered with the Seneca Valley School District Special Needs Program to get the cafe off the ground. Students and school staff operate the cafe on weekday mornings while school is in session, and The Strand box office employees take over during the afternoons.

SUMMER AT THE STRAND

The Strand's calendar is full of incredible films, musical performances, and other live acts that are sure to brighten your summer.

Well, the show is called Shenanigans for a reason... This unforgettable variety show pairs the comic duo of Eric Buss and Ivan Pecel. Buss is an award-winning magician and Pecel is an award-winning juggler. Both have incredibly wacky senses of humor, which they use to come up with some mind-boggling tricks, stunts, and experiments!

Get ready for a hip-shaking, toe-tapping good time! Walt Sanders is one of the country's most revered Elvis Presley impersonators, delivering incredible performances to Elvis fans everywhere. In addition to his impressive talents impersonating the King of Rock, Sanders is also a gifted musician across many genres. The band will be performing two shows-the first show will feature a variety of music with a small tribute to Elvis. The second show is all about the King-a Vegas-style Elvis Presley tribute featuring his biggest hits, costume changes, and backup singers.

A trip to the theater is always fun, whether you're catching a live show or enjoying one of your favorite films. Please feel free to contact us to learn about other exciting attractions in the Cranberry area.